Publisher's Note:  On January 29, 2011, Tony "Ham" Guerrero passed away, soon after publishing this article.  We dedicate it his honor and invite you to see his tribute video by clicking HERE. 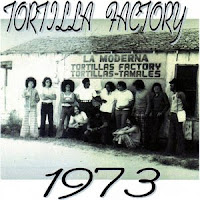 In the late 1940’s, there were no radio stations dedicated to playing music for the thousands of Mexican Americans living along the border states of Texas, New Mexico, Arizona, and California.  Instead, there were many talented musicians and performers catering to this burgeoning population, playing at a variety of venues.  Coupled with poor race relations between Mexicans and Anglos there existed a clear divide where each community lived, equivalent to that of the African Americans.  This segregation created an environment for Mexican Americans to develop their own traditions, including style of language, food preparation, and even music.  The development of this subculture was especially evident in South Texas, "el valle," a place where the flour tortilla and Tejano music were born.

According to Texas historian Dominic G. Martinez, who wrote the history of Tejano music for the “Tejano Roots” website, the first Tejano music recordings were made in 1946 by Ideal Records, a recording company launched by Armando Marroquín of Alice, Texas.  But, it wasn’t until the late 1960’s that Tejano music received critical acclaim and grew in popularity.

The 1960’s saw the explosion of Tejano music due to the commercial viability of Sonny and The Sunliners and Little Joe and the Latinaires.  But it was a young jazz musician, composer from San Angelo, Texas whose musical talent catapulted the mini-orchestra sound of Tejano music into an international sound.

Born in 1944, Tony Guerrero was 8 years old when his grandparents bought him a coronet (like a trumpet) and set him up with private lessons.  He practiced constantly, to the point where neighbors complained about his late night and early morning playing.  By age 16, Tony was playing trumpet with a local dance band and had already received numerous awards for his musical talent.  At 18, Tony began touring the U.S. and Canada with Johnny Long and his Orchestra, a band originally from New York.

Upon graduating from high school, Tony attended the famed Berklee School of Jazz in Boston, where he studied jazz by day and learned salsa music by night. His diverse abilities and musical skills led Tony to join the popular Tejano band “Little Joe and the Latinaires” in 1968, where he quickly became the band’s musical director.

As is the case with many talented musicians, creative differences occurred between Tony and Little Joe, with both eventually going their separate directions after three years of playing together.  Hungry to keep the evolution of this new Tejano sound going, Tony along with the rest of “La Familia” founded a new band in 1973 and dubbed it “Tortilla Factory.”  Needing a front man, Tony remembered an African American drummer/singer who had sat in with Little Joe y La Familia a few times by the name of Bobby Butler, aka “El Charro Negro.”  He called Bobby and suddenly, the Tortilla Factory sound was born.

Bobby was born in Arkansas and by age 7 was picking cotton along side of Mexican laborers who exposed him to Spanish songs and music, which he thoroughly enjoyed.  He studied music for two years at the University of Arkansas before moving to St. Louis, Missouri to help his mother.  While in St. Louis, Bobby played with a rhythm and blues band called the “Ecuadors,” a stand-in band at Chuck Berry’s nightclub.  A few years later, Bobby moved to Temple, Texas where the word got out that there was a new drummer/singer in town.

One weekend, the Latinaires’ drummer was unable to perform and they needed an experienced replacement.  They called Bobby who jumped at the opportunity of playing the Mexican songs he had heard as a child.  He developed a friendship with the band and one day told them he could sing “La Enorme Distancia,” which nobody believed him, until one night he sang it for them.  From that moment on, he was dubbed “El Charro Negro” and was allowed to sing some of the songs with the band. 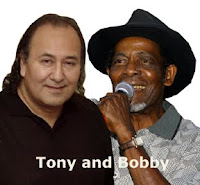 After agreeing to sing for Tortilla Factory, the legacy of El Charro Negro was extended to international status as their first album was released to critical and public acceptance in 1973.  Tortilla Factory itself had the appearance of typical Chicano bands that were exploding out of the San Francisco music seen - hip.  But it was their sound that led them to be one of the most sought after bands of the 1970’s in Texas, California, Illinois and other parts of the U.S.  Tortilla Factory was not only leaving their mark, but also making history by spearheading the growth of Tejano music into different regions of the nation.

Their first album, simply entitled “Tortilla Factory,” carried three songs, “Somos Novios” “El Papalote” and “La Malaguena,” that established the band as a force with a legendary sound.  Their version of La Malaguena was and continues to be so impressive yet complex, that it is now taught in music theory classes at universities across the nation.  Their unique blend of rock and “polka” jazz chord progressions led Tortilla Factory to be nominated for a Grammy and in 2006, inducted into the Tejano Music Hall of Fame. 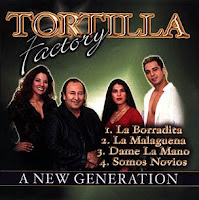 Today, Tony Ham Guerrero, his son Alfredo Antonio, and Bobby “El Charro Negro” Butler have resurrected Tortilla Factory with a sound very reminiscent of the original 1973 band.  Their new CD “Tortilla Factory and All That Jazz” is refreshing and filled with the big band Tejano sound that made them famous.  What’s even more amazing is listening to the distinct voices that fans everywhere will immediately recognize and know they are listening to the real artists and not stand-ins.  There is no question Tony Ham Guerrero through Tortilla Factory has helped evolve a unique powerhouse sound that has made Tejano music a distinct American sound.  By all accounts, he should be inducted into the American Music Hall of Fame.

Check out their new CD, “Tortilla Factory and All That Jazz."