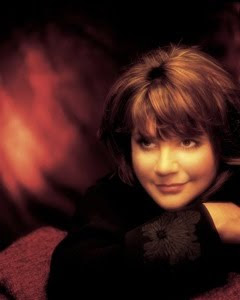 Linda Ronstadt a Solderada for a time such as this
By Al Carlos Hernandez, Herald de Paris, June 18, 2010


SAN FRANCISCO (Herald de Paris) - Linda Ronstadt is an iconic international singer. Her many vocal styles, in a variety of genres, have resonated with the general public over the course of her four decade career. As a result, she has earned multiple Grammy awards, two Academy of Country Music awards, an Emmy award, and an ALMA award. Her numerous United States and internationally certified gold, platinum and multiplatinum albums have included a Tony Award and Golden Globe nominations. In total she has released over thirty solo albums and more than fifteen compilations or greatest hits albums. Ronstadt has charted thirty-eight Billboard Hot 100 singles, twenty-one of which have reached the Top 40, ten have reached the Top 10,  and three peaking at No. 2. Her number 1 hit was ”You’re No Good.” In addition she has charted thirty-six albums, ten Top 10 albums, and three Number 1 albums on the Billboard 200 Pop Album charts.

Linda Ronstadt was born in Tucson, Arizona. Her father, Gilbert, came from a pioneering Arizona ranching family and was of Mexican-American descent (with some German ancestry); a family that has contributed much to the arts and culture of the American Southwest. Her mother, Ruthmary, was of German, English, and Dutch descent.  MORE...
on June 17, 2010