What happens when a mother's love truly knows no boundaries?

Take Carmen Vega downtown and book her! Carmen (Braga) is guilty as charged of scheming with her two best friends, Marisol and Valeria (Abdoo and Santiago) to stick her nose in everything in her two adult daughter’s lives. From secretly leaving baby books out for recently wed daughter Yolanda (Ayora) and her husband Rico (Contreras) to manipulating youngest daughter Ally (Renard) into a doomed date with best friend Marisol’s son Pablo (Amaya), Carmen can’t stop interfering. Now, the notorious mother of good intentions with equally hideous results is about to get a crash course in butting out! 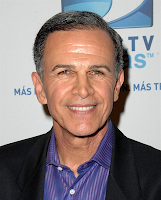 A widow, Carmen is happier to intrude on her daughter’s love lives than start one of her own, but Yolanda and Ally are tired of their mother’s meddling and start scheming to set Carmen up with Luis (Plana), a handsome ballroom dance teacher who’s crush on Carmen is no secret. Just as her family believes Carmen’s finally got a life of her own, Carmen proves her nosy habits die hard when she accidentally gets Ally’s new boyfriend Ben (Mayes) in trouble with his strict boss (John Nielsen, “Transformers: Revenge of the Fallen”). Suddenly, all the Vega women’s relationships are on the line. Will Carmen ever learn her lesson?