For many talented performers, it is difficult to find their place in the spotlight, especially when you’re the child of world famous singers. 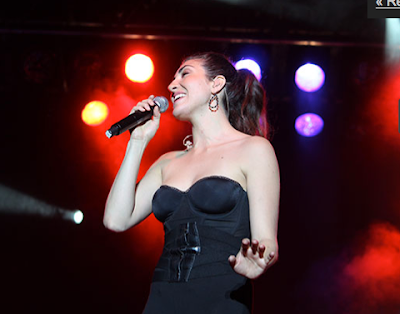 Ana Victoria is a singer, composer, songwriter, and producer who by age 13 was singing backup to her world famous parents, Amanda Miguel and Diego Vardaguer.  Now, touting an Latin Grammy nomination, Ana Victoria is coming to her own.
The Los Angeles, California born Ana Victoria has established herself as a powerful singer and performer with numerous hits like the more recent “Yo No Lloro Por Llorar” (I don’t cry for the sake of crying.)  Her blend of Latin Rock and Ballads have people in the music industry talking.  But, its her sensual appeal and voice that have fans turning out in groves to watch and enjoy herperformances.
Her father especially has influenced her performances and who wrote her 2012 hit, even though Fox Latino and Billboard described her as having “vocals and songwriting chops.”
Ana Victoria will be performing as part of the Toyota Concert Series at Cal Expo on July 21, with guest performer Irene Davi. - SacLatino
on July 12, 2013