The Rose of Spanish Harlem 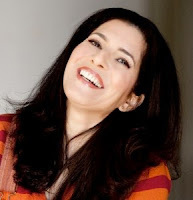 HOLLYWOOD – Tenacity, courage, audacity and motivation are trademarks of Lydia Nicole. These qualities have served her from a Harlem childhood to the present.  She lives a very diverse life:  mother, actress, writer, comedian, motivational speaker, and executive. At the age of 13 she was given a job at New York’s number one radio station and creator of urban contemporary, WBLS-FM in New York City. There she apprenticed under radio legends Frankie Crocker and Hal Jackson. She was promoted to music director by the age of 18. In Los Angeles her experience landed her a job working at Neil Bogart’s legendary Casablanca Records whose roster included Donna Summer, the Village People, Parliament, Kiss, Cameo, and Cher.

Lydia traded her executive hat for a career in acting. Over the years she has been featured in various notable television shows and feature films: The Jeffersons, Hill Street Blues, Indecent Proposal starring Robert Redford, Hollywood Shuffle starring Robert Townsend and Stand and Deliver with Edward James Olmos.  More.
on September 27, 2010